How to Distinguish Between Ghost, Spirits, and Other Types of Hauntings 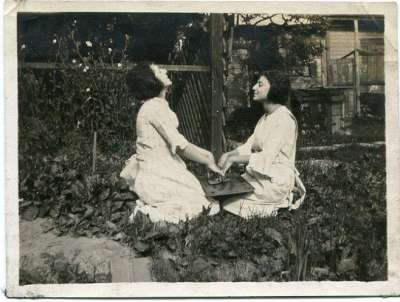 This is the time of year when people notice invisible things tugging at their psyche. Because the boundary between planes has become thinner it makes it easier for things to be detected, and to interact with them. This brings up questions about ghost, haunting and spirit activity.

People tend to use the word spirit and ghost interchangeable, though they really aren’t the same thing. They are similar… both being disembodied, but they exist in very different places.

A ghost is the spirit of a person who has passed on, but hasn’t moved on. For some reason they are “stuck” in the lower levels. Usually stemming from greed, guilt, pain, or a sudden death. Something has made them cling to the physical world, and not accept that they are meant to move on into the healing light of the Divine.

The presence of a ghost is actually sad to experience because they basically exist in a twilight space. We perceive them as shadows, kind of looming, creepy and intangible. They actually experience us in much the same way, perceiving us as strangers in their “world”.

Because a ghost is fixated on something, they tend to be very one-dimensional which comes across as angry, aloof or uninterested. But really they are just confused and trying to figure out what they are doing there. Though some ghost can become more aware of their surroundings. A ghost who has become aware of their own “power” become extremely attached, and combative.

A spirit on the other hand is someone who has passed, crossed the great dived, and now lives peacefully in the upper layers… to put it simply they are in Heaven. These beings are completely aware of who they are, where they have come from, and where they are currently. When they passed, they accepted the transition and walked peacefully through the tunnel to the Other Side.

When a person transitions to the Other Side, and becomes a “spirit” they have complete awareness. Moving freely between levels, they are not stuck, bound or attached… rather they are able to communicate with us, visit us, and send us healing and messages. And even give us proof of their survival and life after death.

After a loved one has transitioned to the Other Side, they will usually visit you in one way or another, to let you know they have made it safely. This will happen in a variety of ways. Either through dreams, or signs, or even coincidences.

Ghost and Spirits always bring up questions about Haunting. Everyone has heard of a haunted house or building in their town, or encounter what they thought to be a ghost at some point. Even for the complete non-believers the thought has crossed their mind! The truth is… most Hauntings are not a Ghost, or a Spirit.

The average Haunting is an Imprint. An imprint is the residual energy left over from a traumatic event that took place within a space, or the psychic impression left behind from high energy, or route people.

For example: if a person lived in a house for 30 years, and always practiced singing in the living room, you may experience some phantom singing in that same space. There is no ghost haunting the space, it is just the strong psychic impression left behind from the route… the event is basically on repeat.

Most hauntings tend to be this kind of energetic loop that continues to happen. The energy that is left behind is a cycle that continuously plays through, but it does NOT interact with people. If you are experiencing an imprint it will not interact with you. Interaction is a sign of a ghost.

Though some imprints can become so elaborate, and dramatic that it becomes a whole light show of events. Careful investigation can help to clarify the situation. This is where spiritual cleansing becomes so important in a space.

In some cases you will actually experience something that is neither a Ghost, Spirit, or an Imprint. Sometimes you will encounter something that seems to be interactive, evolving and intelligent called, Astral Thought Forms.

Astral Thought Forms are thought forms with such a highly charged energy that they take on a type of consciousness. They can interact like a ghost giving you different messages, and indicators that they are there. However, they have never been alive, nor have they ever died. They are nothing more than extremely concentrated thought form energy that has taken on a life of its own.

You can address them in the same way you would address a ghost!

Have you had any experiences with any unknown force such as a Ghost, Spirit, or Haunting?

Feeling Haunted? Check out some of the Gypsy’s Tricks for Spiritual Cleansing and Protection, here!